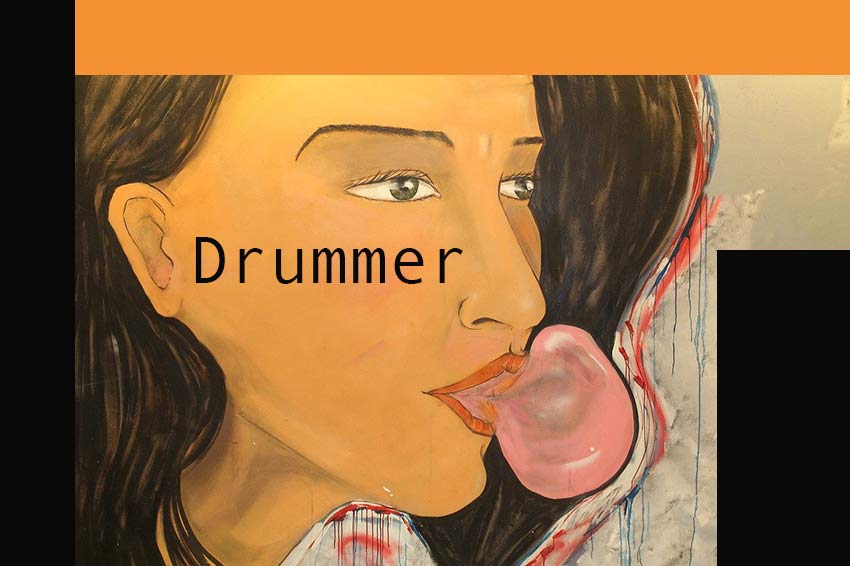 They say there is a reason for everything, and when it comes to drummers chewing gum, it is no exception. However, it is not just drummers who chew gum. Some of the greatest athletes of all time chewed gum or something else like chewing tobacco.

So, what is it with chewing something like gum when playing drums?

The physical act of chewing is proven to help people concentrate. Furthermore, chewing has also been attributed to improved mood and stress relief. There may be several reasons why this happens.

When we chew gum, we are continually using our jaw muscles. This muscle movement causes blood flow to increase to the head. The muscles need energy fed to them to continue the chewing action. Furthermore, given the strength of the jaw, this could be a sizeable energy requirement.

With all the extra blood pumping to the head, the brain receives a fresh blood abundance. It may account for the heightened concentration and memory effects found by those who practice chewing and doing another activity such as drumming.

If we look at the pure predator and prey dynamics, an animal living as a prey item to a predator would have to not only need to eat like anything but also pay close attention to its surroundings in case of predators.

The need to observe its surroundings would not diminish in the presence of food. Furthermore, one might consider that an animal paying attention to food might not pay attention to the predator stalking it.

Given that prey animals would survive at a higher rate if they were ‘paranoid’ of predators, it stands to reason that animals would have attempted extra attention when eating, for fear of a lack of focus causing their demise.

This hypothesis might be a bit of a stretch, but it is entirely plausible to theorize that chewing might trigger a subconscious instinct to pay close attention. After all, eating food while avoiding being eaten by lions would have been one of the humans’ first multitasking forms.

One of the first things that happen when you start thinking about food is that your body starts trickling insulin into your blood. It is the body’s response to keeping blood sugars balanced in the face of eating food and possibly flooding the body with sugars.

Insulin makes the cells in your body decide it’s okay to consume glucose. It just so happens to be a good thing if you’re playing the drums. Because your body is telling itself, it’s okay to burn the glucose in your blood. One would think this would make it easier to sustain more extended periods of activity due to your body telling your cells to burn energy.

This insulin helps aid the body in both using the energy and storing it by converting it into fat. However, when one is playing drums, one is doing a full physical and mental exercise that requires concentration and energy throughout the mind and body.

These Drummers Chew Gum When Playing

There are likely many more drummers who chew gum when playing. The act of chewing gum also aids in maintaining a moist mouth with less need to drink water to fight a dry mouth. It could be vitally important in the middle of a song.

No drummer wants to lose concentration and grab a glass of water while playing in the moment. It is one of the reasons Dave Grohl likes to chew gum and drum. He even chews gum and sings at the same time also.

Not Only Drummers Chew Gum While Playing

If one thing is true about professional sports, it’s that the players are often chewing and spitting and drinking during their games. Some even find the amount of spitting and such acts to be offensive quantities during the games.

One thing is accurate, and baseball is no exception, but rather, it is the definition of chewing gum and playing sports. Find a professional baseball game where no players on either team were chewing gum and, well, that’s not likely to occur.

It isn’t just baseball players that tap into the secret power of chewing gum. Basketball has entire teams that have incorporated gum into their culture.

Take the Syracuse Orange; they have gum available before and during every game. And enough for the whole team and then some.

Professional athletes have used chewing gum for years as a tool to help keep hydration as well as enhance performance.

So, you’ve got the solution, just chew gum every time you play, and your drumming is going to be great, right? Well, the grass might not be as green on the other side as you might have thought.

There are some downsides to chewing gum to increase concentration while drumming. Some drummers have complained of everything from headaches to a sore jaw.

Top 5 Problems With a Gum-Chewing Habit

If you haven’t experienced chewing gum for the length of time you are used to playing drums, you could face a sore jaw afterward.

Some types of gum have chemicals in them acting as artificial sweeteners. These can act as laxatives, which can cause some disruption to normal daily functions for some. It could cause stomach aches, pain, gas, diarrhea, or cramping.

Some who chew gum for extended periods have reported headaches. It could be due to compression in the jaw from long periods of use.

Consider the length of time that most people eat a meal. Most people might sit down and eat a meal for up to two hours with family during the holidays. However, it is not likely that people would always be chewing for this entire time.

Consider that many bands will rehearse for upwards of 4 hours at a time and likely multiple times per week. It is not uncommon to spend 16 hours a week practicing.

But, it is highly unlikely one is going to spend 16 hours a week chewing on food. This excessive jaw use can cause headaches.

TJD is a condition that occurs relating to the joint connecting the jaw to the temporal bones of your skull. When this condition strikes, it can cause severe pain and discomfort. These symptoms can last for long periods making the effects of the disease quite debilitating.

We’ve all heard that sugar is terrible for your teeth. And now we know that sweeteners can be harmful to us as well. But the sugars can be particularly bad for your teeth.

Bacteria in the mouth often cause tooth decay. These bacteria feed off things like sugar, and when we have sugar in our mouths for extended periods, we can aid the bacteria by providing a food source.

Certain types of gum may also include chemicals that are fine when exposed to teeth on a relatively low basis. However, when presented regularly, some things can be bad for teeth.

Take vitamins like vitamin C, for example. Vitamin C is ascorbic acid. Acid can damage the tooth and even liquefy a tooth over time (given enough acid and time). Gum might boast that it includes vitamin C and one might think that is a good thing. And it would be if customarily used. But if the gum is chewed for extended periods, that is like massaging one’s teeth with acid for hours on end.

How High Should a Drum Throne and Drums Be?

Why Do Drummers Use Rugs?

Do Drummers Count in their Head?