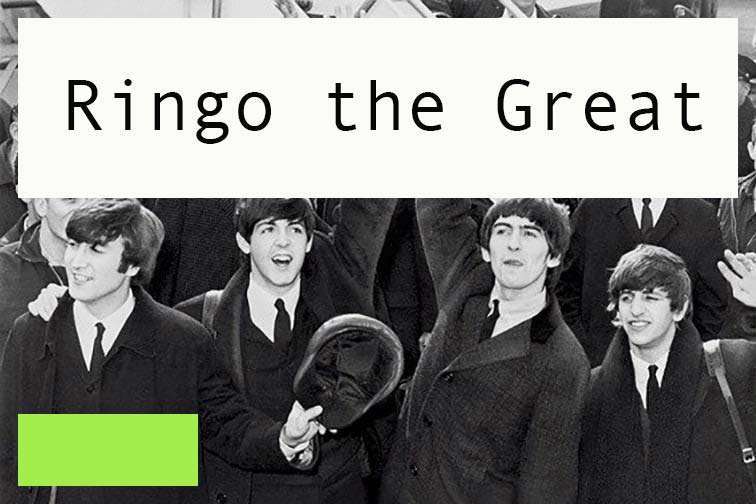 You might be surprised to learn that some of the most well-known drummers (and some of your favorite ones) are self-taught musicians. While the majority of famous drummers have had some sort of formal training, many have never taken any lessons at all.

From Buddy Rich to John Bonham and from death metal to jazz, self-taught drummers span both decades and genres. Some of the most famous drummers never had training and dedicated themselves to learning their craft through hard work and perseverance.

Their influence has helped other aspiring drummers teach themselves too.

1. John Bonham – An English musician who started playing drums when he was five years old. He played in a variety of bands before going on to help form and drum with Led Zeppelin. He is ranked as number one on Rolling Stone magazine’s list of greatest drummers.

2. Buddy Rich – An American drummer who is considered a child prodigy due to his early love of drumming and music. He played in a variety of big bands and performed with numerous jazz musicians. According to many jazz musicians and fans, he is one of the best drummers (Are Jazz Drummers the Best Drummers?). Rolling Stone magazine ranks him as 15th on their list of greatest drummers.

3. Ringo Starr – An English drummer who first started playing drums while hospitalized for two years with tuberculosis. Given nothing else to do, he started playing with other patients. He is most famous for drumming, writing music, and singing with the Beatles. He is ranked as 14th on Rolling Stone magazine’s list of greatest drummers.

4. José Pasillas – An American drummer who started playing the drums in 1990. He is best known for co-founding, playing in, and designing artwork for the band Incubus.

5. Joey Castillo – An American musician who began playing when he was fifteen years old. He got his start playing with Wasted Youth. After leaving the band, he then joined and played drums for Danzig, Queens of the Stone Age, and Eagles of Death Metal.

6. Scott Travis – An American drummer who began playing with bands in Virginia in the early 1980s before moving to California. He has played with Racer X and fulfilled his lifetime wish to drum for Judas Priest. Scott is currently the drummer for Thin Lizzy.

7. Nicko McBrain – An English musician who got his start playing drums with kitchen utensils when he was twelve years old. At the age of fourteen, Nicko started playing in local pubs. He is most well-known as being the drummer known as “Mad McBrain” for Iron Maiden.

8. Chad Smith – An American drummer who got his start playing drums when he was seven years old. He has recorded with a variety of artists, including Johnny Cash, the Dixie Chicks, the Avett Brothers, and Halsey. He is most famous for being the drummer in Red Hot Chili Peppers. Rolling Stone magazine ranks him as 64th on their list of greatest drummers.

9. Dave Lombardo – A Cuban-American musician who moved from Cuba to California when he was two years old and started drumming at the age of eight. He recorded many albums with Slayer and is the current drummer for Suicidal Tendencies and The Misfits. He is ranked as 47th on Rolling Stone magazine’s list of greatest drummers.

10. Chris Adler – An American drummer who started playing drums as a young adult after playing bass for many years. Chris is best known for founding and playing in Lamb of God, as well as playing drums for Megadeath.

11. Mick Fleetwood – A British musician who started playing drums when he was thirteen years old. He helped found and played with Fleetwood Mac. Rolling Stone magazine ranks him as 60th on their list of greatest drummers.

12. John Dolmayan – An Armenian-American drummer who began playing drums at the young age of two. He is most famous as the drummer for System of a Down.

13. Dennis Chambers – An American musician who started drumming when he was four years old and playing in nightclubs by the time he was six. He was the drummer for Parliament/Funkadelic, and has performed with a variety of jazz fusion musicians and bands, including Carlos Santana. He is ranked as 63rd on Rolling Stone magazine’s list of greatest drummers. I saw Dennis live in Cambridge, MA, and he was amazing!

What is a Self-Taught Drummer?

As Merriam-Webster defines it, an autodidact is a “self-taught person” (source).

Autodidacts have never had instructors nor received an education in the field in which they are proficient. In this context, a drummer who has never had a formal percussion education is an autodidactic drummer.

Depending on the decade in which a drummer started playing, being self-taught can mean a variety of things.

Before the invention of the internet, drummers truly had to teach themselves by being resourceful and driven to learn. They had to be great listeners. With the onset of the information age, there is an abundance of resources online to help drummers teach themselves how to play.

While there are many similarities between types of drummers, there are also a lot of differences, too. Self-taught drummers are different from formally trained drummers in that they have never taken drum lessons.

Formally trained drummers had teachers show them how to play and learned to hone their skills with the guidance of others with experience.

Autodidactic drummers learn how to perfect their craft by listening to other drummers, sitting in on practice sessions, going to live shows and concerts, and listening to recorded music.

They observe other drummers’ techniques and skills. Additionally, they practice constantly to become better. A teacher can help by providing insights and feedback, but ultimately drummers train themselves through practice and dedication.

According to Roy Burns, with Modern Drummer, the argument about whether formally trained or self-taught drummers are better comes down to a few key details. After taking away the lesson component, three important considerations stand out.

First, one must take into account the type of music that is being played. Different styles of music require different techniques, some of which can be developed through practice. While at the same time, skillsets might progress faster with the help of a teacher.

Next, if a drummer doesn’t start lessons when he or she is younger, it might be difficult for him or her to pursue formal education.

Time constraints and feeling self-conscious can hinder a drummer from seeking out a teacher at a later stage in life. But this does not mean that an older drummer is incapable of teaching him or herself.

I never went to school for music, but I pursued lessons from great teachers starting in my mid-twenties. Today, I’m in my 40’s, and I still take lessons for jazz, which I enjoy and help me greatly.

Lastly, drummers, whether famous or not, concentrate more on developing their percussion skills than arguing what makes a better drummer. In other words, you must put in the work! Regardless of training, drummers become great by practicing and loving what they do (source).

How Can Self-Taught Drummers Influence Others?

Even though self-taught drummers have never taken any lessons, they can have a powerful influence on others, even non-musicians. Their strong love for drumming and dedication to practicing can transcend musical genres and reach many people.

In a study conducted by Shelley Snow and Miranda D’Amico and published in the Canadian Journal of Music Therapy, the researchers sought to explore how a drum circle could help positively influence at-risk high school students.

They surveyed, videotaped, and observed nine high school students over twelve weeks to determine the benefits of a therapeutic drum circle.

Led by an autodidactic drummer, the goal of the drum circle was to engage students in a group learning process where the students learned drumming, leadership, and self-advocacy skills.

Students had a supportive group in which they could grow and reflect.

The study showed that the majority of the students had increased self-esteem and self-confidence.

Additionally, the study lessened the amount of stress and anger the students were feeling. In regards to drumming skills, the students were able to play for more extended periods and with more assuredness and creativity (source).

Self-taught drummers play every style of music that can be imagined. They might play for themselves, be studio artists, or tour with bands.

They constantly practice to hone their skills and become the best drummers possible. With a keen ear for music and a love for drumming, drummers do not need to take lessons to become skilled.

The internet has helped many musicians become great drummers, while historically, more musicians were truly self-taught.

Not only can self-taught drummers help their bandmates or other musicians, they can also have a strong impact on non-musicians.

The dedication to learning and progressing is influential in and of itself. By working with others and showing them how practice pays off, drummers who have never taken lessons can genuinely help inspire others.

Are you a self-taught drummer?

How to Know if Drums are For You (Are You Crazy?)