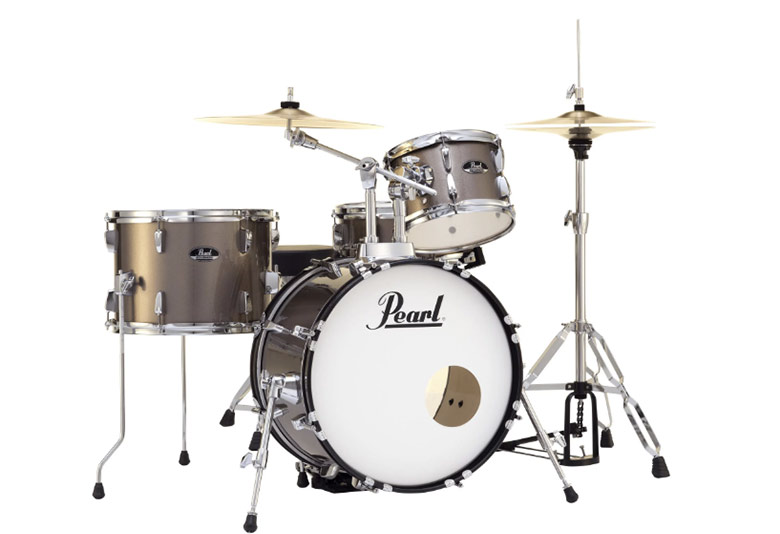 How to Become a Drummer in a Band

Learning how to become a drummer in a band was quick work for me, but everyone is different.  In fact, I started playing with people soon, but I wasn’t that good.

While living in the SF Bay Area, I jumped into lessons quickly with a great teacher.  After I felt comfortable with basic rock beats, I sought out some other players to start writing tunes.

You can try a few things to start playing in band even though you may not be at a significant skill level as a drummer, yet.

Follow these rules when becoming a drummer in a band:

1. Develop good time with a metronome

2. Hang out with musicians at similar skill levels.

3. Be willing to start a band yourself.

Develop Good Time with a Metronome

Some people believe using a metronome all the time isn’t ideal for drumming practice.

For me, a metronome has improved my playing dramatically.  I have a tendency to ‘drag’ with my time sometimes.

A metronome doesn’t lie.  After practicing with one for a while, you will notice parts of songs or exercises where you would probably have dragged or sped up if you were doing the exercise without a metronome.

This practice is crucial if you want play in a band because your fellow musicians will always notice if you’re dragging or speeding up.

I Got Complimented After Improving My Time

Recently, I played in a jazz ensemble and the leader commented that my quarter note is “way more solid than last time I played with you”.

Trust me, players start to notice after you develop solid time.

You will get offers to play in bands once this is developed.

Hang Out with Musicians at Similar Skill Levels

Hang out with other drummers and any musicians you can find who are at similar skill level.  You will end up playing with them.  You’ll end up encouraging each other with excitement when communicating with other musicians inhabiting the same skill space.

This is infectious because you start watching each other grow and contribute to musical ideas when writing songs. Together.

My first band was started by me and a guitarist/songwriter I met on Craigslist.  He and I had similar taste and skill level, so it just felt natural. We knew our limitations but seemed to always be on the same wavelength when it came to writing new songs and exploring new ideas.

If I had been trying to play with people much better than I, intimidation would have crept in and I may have been discouraged.

Similarly, if you play with other musicians who aren’t quite up to your skill level, you may get bored and feel unfulfilled while playing with them.

I attend open jazz jams in the Boston area and meet other players at my same level.  I always get their phone numbers!  You never know when these phone numbers will come in handy down the line as a player.

Be Willing to Start a Band Yourself

We know drums are important in a band.  So why not start the band yourself?

I’ve done this several times and it gives you a certain amount of control and direction over the band just be starting it yourself!  This is good if you’re slightly a control freak like myself. 😉

Honestly, many musicians don’t have the gumption or audacity to start a band themselves. Many drummers may feel they aren’t important enough as a musician to start a band.

If you’re waiting around for others to notice you or invite you into their band, you may be waiting for a long time.

Most likely, nobody will come and ask you to join their band unless you’re an accomplished musician and obviously stand out above other drummers.

You must take some action and get out of your shell.  Drummers are supportive musically so don’t fall into the trap of being less proactive than other musicians when starting a band and trying to create your original sound.  Don’t be afraid to write your own songs as a drummer.

Currently, I’m trying to put together a jazz ensemble, which I’ve never done.

I procrastinated on this endeavor because I never felt like I was “good enough” as a jazz player.  These are the types of lies will feed ourselves.

The fact is you will never be “good enough” in some people’s minds.  You are defeated before you even begin with this kind of mentality.

Recognize your strengths and start a band yourself.  It could be one of your most rewarding experiences as a musician. I know it was for me.

Try following these three tips and see how long it takes you to start playing in your first band.  You don’t have to be a pro to start a band as a drummer.  In fact, some bands have a unique sound because they are not polished like so-called pro musicians.

Just be yourself and apply your own musicality to drums.  Your unique personality will come through your drumming and provide a specific dynamic to a band situation.

Tyler Marks is a drummer, writer, and coder in the Boston area.  He is a graduate of St. Mary’s College of California.  He has studied under several accomplished jazz drummers in Boston and the San Franciso Bay Area when he lived on the West Coast.  He continues to be a rock and jazz enthusiast while mostly focusing on becoming a better jazz player.

Tags: become drummer in a band