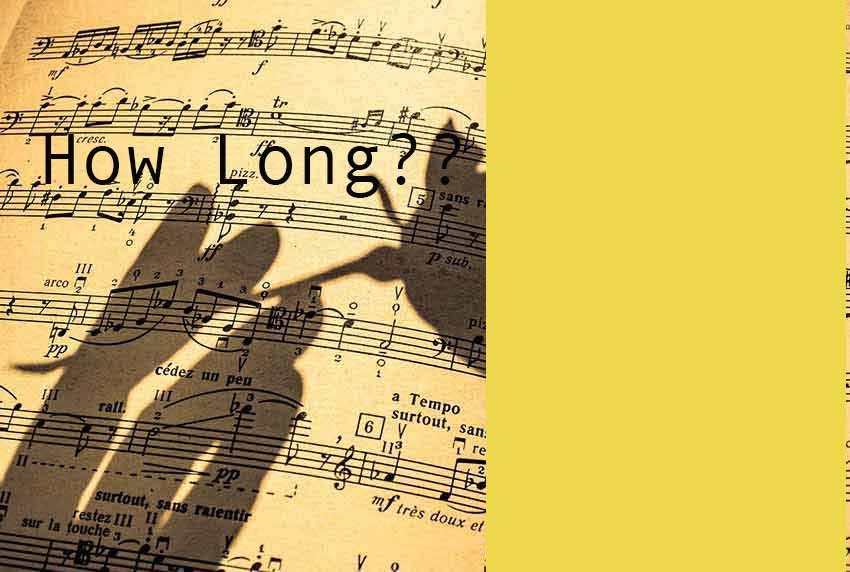 Sometimes, it’s taken me longer than I wish to learn a song on the drums when playing in my current jazz ensemble. Saying that, I’ve learned to hone my process so I can learn songs faster.

Typically, you can learn a simple song on the drums after listening to it 4-5 times.

Internalizing the Drum Groove of a Song

If I’m listening to a song in my car or on headphones, I can typically internalize the basic groove after listening a few times without even playing the drums.

When I sit down at my drum set, it’s just a matter of playing that internalized groove and refining the more challenging changes and subtleties to a tune. After all, it’s no use to have the basic groove memorized if you miss an essential stop in the middle of a tune while other band members have stopped in the right spot.

Be ready to stop the tune on your phone or laptop if you miss a spot while trying to play with it on the drums.

Remember, of course, it could take you a lot longer to learn songs that are more complex or in styles that you haven’t played often. I’m assuming you are familiar with the genre of music that encapsulates the song.

How Do You Learn a Song on Drums?

Sometimes I will slow down the tune by adjusting the playback speed on the song video. This will enable you to analyze specific parts of a song that have flummoxed you while trying to play it at a normal speed.

Keep rewinding until you clearly understand what the drummer is doing during that part of the tune.

This has been especially true for me as a jazz player. Sometimes it’s hard for me to understand how individual players like Elvin Jones are producing a specific feel on the ride cymbal while swinging a jazz tune. I’ve had to slow down the ride cymbal patterns on my headphones while studying great jazz players.

This enables me to learn a song faster because I’m nailing down the specific feel of the tune.

In previous years, I would listen to songs a lot while driving in my car, and I thought I understood the song when finally playing it on the drumset. I never bothered to slow down certain parts of the song to make sure I was playing it correctly.

Playing With Others to Learn a Song on Drums

If you play some cover tunes within your band or ensemble, it provides an advantage. Those fellow musicians have listened to the original tune many times so they have an intimate knowledge of how they should feel.

I have this experience frequently in my jazz ensemble. Some of the players are older than me, and they’ve heard the tune more times than me over the years. Sometimes the bass player can direct me how to play the song with a more appropriate feel because he’s listened to the tune thousands of times.

I have to be flexible with others when learning specific songs in a band situation. I can’t assume that I have the perfect idea of how a song should be played.

The best way to learn a drum cover is to take a video of yourself playing the song while wearing headphones. Then, later, you can sync up that video with the audio recording of the song and pay attention to how your drums sound against the original recording.

You will quickly discover where you’re not congruent with the original song and how you can play differently to match the cover tune. Conversely, maybe you like your playing better than the original drummer of the tune?

Either way, it will quickly let you know where adjustments in your playing should be made.

I’ve had initial nightmarish experiences when first hearing myself playing on a recording. During the tune, I thought I sounded great, but the recording told a different story!

Don’t be afraid to record yourself playing songs. Often, it’s a shortcut to getting better as a drummer.

Which Cover Songs are Best for a Beginner Drummer?

Here are some of my favorite songs to learn as a drummer:

Notice, this list of songs has a wide range in style. They are a good mix of rock, blues shuffle, and jazz swing.

Learning all of these different styles on the drums can help you develop an original sound while you become more sophisticated as a player.

Also, the more styles you are familiar with, the faster you can learn a song in the future.

Steward Copeland of The Police is a drummer that frequently combined different styles into his playing.

Remember, just because you think a drum groove sounds very basic on the radio while driving down the street doesn’t mean you can replicate it well when you actually try to play it. We are all different as players, so we produce different feels.

Respect other drummers no matter how simple they “seem” to play.

I laugh when I hear some people criticize Ringo Starr as a “weak” drummer. I know Ringo was a great drummer and played perfectly for certain situations in specific Beatles’ songs.

Audio and video recordings of yourself don’t lie, so the more you can review yourself playing a song with these mediums, the faster you can learn a tune on the drums.

Single Bass vs Double Bass Drums – Which is Best?