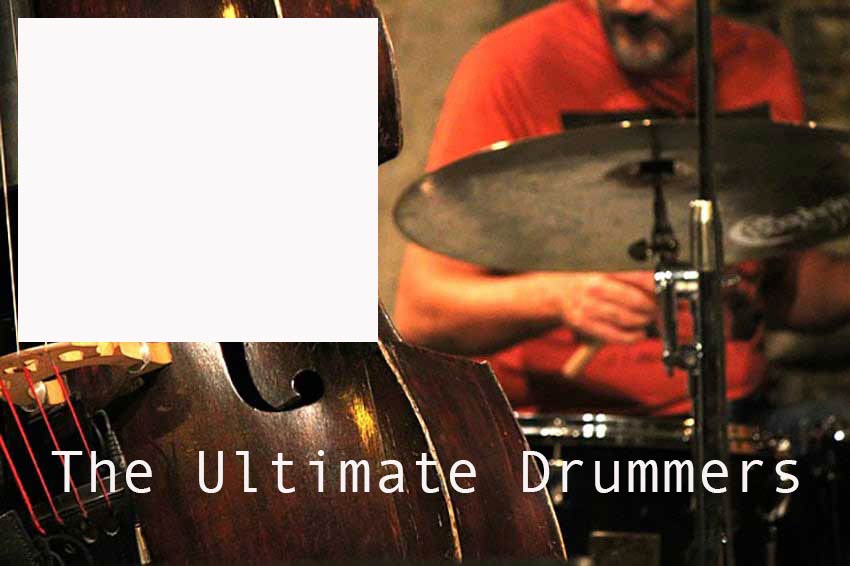 Being a musician is a rewarding career, whether you become famous or play small venues. Music has deep roots in every society going back to man’s beginnings.

Percussion instruments are an integral part of ceremonies in almost every culture. There is something primal about the drums, and no band is complete without them.

Are jazz drummers the best drummers?

Many people in the music industry believe jazz drummers are the best drummers.

They are widely respected as reputable drummers with a depth and breadth of skill set that allows their reputations to precede them.

The genre of Jazz has its roots set in the 19th century, and some argue even as early as the late 18th century. Originating in the deep south, it grew from the African-American communities with influences from both African rhythms and European harmonies.

There are written accounts starting around the middle of the 18th century of groups of slaves playing music with instruments. They used washboards, washtubs, jugs, and sticks to make an enjoyable rhythm.

Today’s Jazz artists are headed in one of several different directions – they are either reliving the past playing standards, practicing a contemporary style, trying to outdo respective legends, or are merely going with the flow.

When reliving the past, musicians tend to remake old songs. Practicing a contemporary style typically surrounds the act of utilizing today’s sounds with a jazz spin. Lastly, musicians who go with the flow incorporate hard bop instrumentation and music forms.

Many intellectuals around the world have claimed Jazz to be one of America’s original art forms.

A good example of the linkage between genres is Journey’s drummer, Steve Smith. At a young age, he took to a drumset he received at age two and honed his skills until he became a master of both jazz and rock drums.

Jazz is the most soulful music to many avid listeners and artists alike.

The love for Jazz is unique; is said to have a deeper meaning to the audience, yet simultaneously, it’s difficult to explain. It has many tones to match any listener’s mood.

It can bring you up and let you down softly, or even set the tone for different events in the course of your day.

Unlike other genres where there is a repetitive beat with very few changes, Jazz drumming is known for its diversity while playing.

The tempo changes often begin at a moderate BPM (beats per minute), switching to a high tempo, and even dropping to a slower beat depending on the song.

Drummers in Jazz are the time and tempo keepers; basically the metronome. It’s similar to other styles of music, but fellow jazz musicians often pay more attention to the time in my experience of playing both jazz and rock.

With music genre categories being so diverse and each being dominated by talented musicians, the word “best” does not hold too much weight when pertaining to one specific genre.

There are thousands of brilliant drummers to be recognized in many categories such as rock, punk, funk, R&B, Reggae, Jazz, Metal, Latin, just to name a few.

Words, such as “best” and “greatest of all time,” are being used across all genres rather than keeping them separate.

Jazz drumming, made up of well-developed skill, and ultimate independence, has Buddy Rich as one of “the best.” Rock drumming, best known for power beats and technicality, has Neil Peart.

Although they played in separate genres, they were often compared in regards to legacy. The two have set the standard high for all aspiring and practicing drummers.

Buddy Rich began his career as a child prodigy, natural-born drummer, and tap dancer. When Rich went on to sing, he toured the U.S. and Australia just before becoming the second-highest paid child entertainer.

After switching gears, Rich began the start of his jazz drumming career in which his fame peaked just before touring until the end of his life. By many, Rich was crowned the greatest drummer of all time.

On the other hand, Neil Peart struggled to achieve success in his early career. Peart became disillusioned by his lack of progress, which then caused him to leave the industry for roughly a year.

Jumping right back into the swing of things, he then bounced from band to band until he found himself touring the U.S. with Rush.

In 1992, Peart was invited by Buddy Rich’s daughter, Cathy Rich, to play at the Buddy Rich Memorial Scholarship Concert in New York City. Peart accepted and performed for the first and only time with the Buddy Rich Big Band.

If I had to answer whether I’d have Buddy Rich play Rush songs or Neil Peart play Buddy Rick compositions, I’d have to say that Buddy Rich would have an easier task of playing Rush tunes. This is just one comparison to illustrate why many believe Jazz drummers are “the best” drummers.

Although there are dozens more to mention that can, will, and have already been categorized as the best drummers of all time, drummers as such compliment others they play with and set the lane for themselves.

There are things that jazz drummers do that musicians in other genres either don’t do or can’t do. The topic of music typically is not cut and dry— it is a personal domain that is between the fans and the musicians themselves.

If there are a few outlier characteristics jazz drummers carry that sets them apart from the rest, it is the difficulty of their genre, their independence, and their ability to improvise and solo.

Improvisation is not just drumming what sounds good in hopes for a reaction or approval. It requires a very specific skill set as Jazz players are typically asked to give a solo performance, which is often never required of rock drummers.

Drummers of other genres commonly remain anonymous and blend in or enhance the sound of a group as a whole.

That is not to say that drummers of all other genres are not significant — as they do, in fact, orchestrate solos, but not to the extent of jazz drummers.

Jazz is a specific genre in which drummers are notorious for playing individually for an extended period of time. For example, Jazz drummers such as Terry Bozzio, known to be one of the greatest alive, performs compositions incorporating slower-paced tempos while still playing at record-breaking speed times.

Bozzio was best known for his solo career focused around drum compositions. Bozzio’s career climbed its peak when working with Missing Persons and Frank Zappa. Between the three, numerous albums and singles dangled high on the charts consecutive weeks and months in a row.

Although all genres are based on the foundation of musical structure, demonstrated by sheet music or charts, jazz standards are more extensive. Jazz musicians are required to remember much more than the average drummer.

Jazz standards are prewritten, therefore it takes a considerable amount of time and talent to learn a solo that is the length of a single song.

This doesn’t diminish the talent it takes to maintain a consistent rhythm and enhance the sound of a rock group, instead, it adds another layer of skill that requires sincere dedication.

Each genre of music is complex within its own spectrum, but in order to rank among the world’s greatest drummers, one should possess additional technical skills, apart from the ones mentioned earlier.

Such skills, in most cases, are time and speed. Time is all about playing a set amount of beats per minute without wavering, effortlessly recalling the tempo after a solo, and playing with awareness. Speed is all about developing hand strength while maximizing stick rebound and natural gravity.

Since Jazz is known to be a genre that synchronously blends rhythm and harmony, its musicians earn the reputation of being among the best in their discipline.

With the millions of bands existing today, drumming styles seem to have bled from one into the other. We’ve identified some of the differences, but what about the similarities? The similarities are as significant due to the topic in question possibly being applied to today’s era.

Going over all genres and how they all are very much similar, conformity of sound is what you hear on the radio. For example, rock drums in the ’60s, ’70s, and ’80s sound similar to beats today. This is due to generational sounds that tend to recycle eventually.

In today’s technical generation, sounds are easier to recreate without playing the actual drum itself. To put it simply, you do not need a drum to achieve a drum sound with the advent of music software.

Sound is typically recreated, cut, sampled, or shredded and pieced together to become utilized.

For the musicians still practicing for originality while getting better, consider reading ‘Which Drummers Never Took Lessons‘.

Due to current trends in the industry, mix engineers are mixing drum tracks because it simply works, and it often sells.

As a result of this evolution, drums, both real and electronically replicated, are used differently in music today. However, the greats of this era still play at a level similar to those of the great drummers during the ’50s,’ ’60s,’ and ’70s.’ There will always be a particular demand for authenticity, which only comes with seeing live Jazz drummers and other Jazz musicians.

Music can be very subjective, but few will argue the time and dedication that it takes to master that art of jazz drumming. It’s the main reason why jazz drummers have the reputation of being among the best drummers.

The common belief that Jazz Drummers Are The Best Drummers continues to be supported by sales, the array of talented musicians, and the sheer amount of dedicated Jazz fans.

Why are Gospel Drummers So Good?